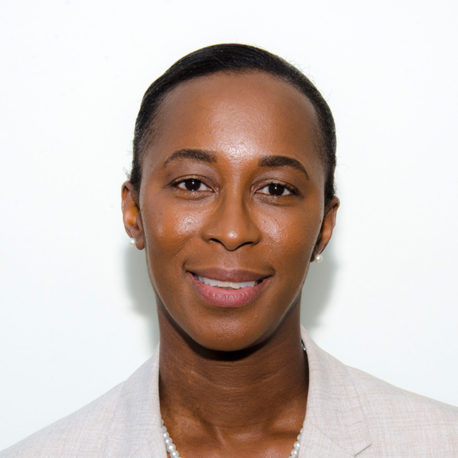 Ms. Nicole Olivierre was elected to the House of Representatives of the Parliament of the Republic of Trinidad and Tobago as the Member for La Brea on September 7, 2015. She was appointed as Minister of Energy and Energy Industries where she served until October 2016.
Ms. Olivierre has over fourteen (14) years’ experience in the oil and gas industry, working in various functions including project analysis and development, business development, gas processing and transportation contract negotiation, strategy formulation, and enterprise risk management.
She is the holder of a Bachelor of Science Degree in Chemistry and Computer Science (First Class Honours) and a Master of Philosophy Degree (MPhil) in Chemistry of Natural Products from the University of the West Indies.
Ms. Olivierre is passionate about the development of local content to ensure that citizens of Trinidad and Tobago achieve maximum benefits from its natural resources.
In June 2017, Ms. Olivierre was appointed as the Parliamentary Secretary in the Ministry of Energy and Energy Industries, where she currently serves.