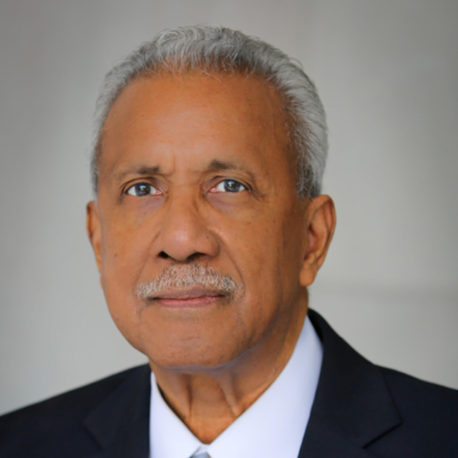 Professor Anthony T. Bryan, Ph.D. is an Honorary Senior Fellow with the Institute of International Relations at the University of the West Indies, St. Augustine, Trinidad and Tobago, and a Senior Associate of the Center for Strategic and International Studies (CSIS) in Washington, D.C. During his academic career, he was a tenured professor of Latin American international relations and director of the Institute of International Relations at the University of the West Indies-St. Augustine for a decade. He is a leading scholar and an independent consultant on energy development (oil and natural gas), energy security, and energy geopolitics; and a widely published scholar on regional security issues in the Caribbean and Central America. Professor Bryan is the author/editor of 10 books and numerous articles. His recent works on energy geopolitics, energy security, and renewable energy include analyses of Venezuela’s resource diplomacy and its impact on the Caribbean, an extensive examination of the development of Trinidad and Tobago as a natural gas economy, and consultancy studies of the energy potential of “Three Guianas” (Guyana, Suriname, French Guiana), and Cuba. Among his most recent book publications are: “Untapped: The Energy Potential of the Guianas,” in Post-Colonial Trajectories in the Caribbean: the Three Guianas (Routledge, 2017) and “Caribbean Energy Outlook,” in After the Fall: Energy Security, Sustainable Development, and the Environment (Lexington Books, 2018). His research and perspectives have also appeared in energy publications such as Latin-American Energy Advisor, Energy Caribbean, Petroleum World, and Upstream; and in business/trade publications such as Latin Finance, Latin American Monitor, and Economist. Born in Trinidad and Tobago, and educated there and in the United States, he received his Ph.D. in Latin American history from the University of Nebraska at Lincoln. After his professorial tenure at UWI, he directed the Caribbean Studies Program at the North-South Center of the University of Miami. He has been a visiting professor at several U.S. and European universities, including the University of Texas at Austin, Indiana University at Bloomington, Georgetown University, and the Graduate School of International Studies at the University of Geneva, Switzerland. Dr. Bryan’s think tank career has included attachments as a senior associate at the Carnegie Endowment for International Peace and a residential fellow in the Latin American Program at the Woodrow Wilson International Center for Scholars–both in Washington, D.C. Professor Bryan has been a member of several cabinet-appointed committees in Trinidad and Tobago on reviews of foreign policy and the restructuring of the diplomatic service. He has also testified on U.S.-Caribbean trade and security issues before United States Congressional Committees on several occasions.